The Ghost of Christmas Presents has come and gone 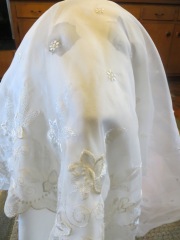 The New Year Balls have dropped from the sky

Life seems to be pretty good! What now?

Well, I guess it’s time for a reckoning. Looking backwards at what was and where we are now. About this time last year, I entered into a challenge put forth by Shar Mohr at My Picture Book Writing Journey. She challenged readers to read 300 books in 2013. I accepted the challenge and began my quest. Sadly, I fell short of the goal. I read 191 books in 2013. That’s not a bad number. It’s really a good number. And I sure had fun along the way.

We read a LOT of good books in 2013. After some tough deliberation, I have picked out my 15 favorites of those 191 and I’ll give you the list – in the order that I read them.

Gorilla
written and illustrated by
Anthony Browne
Published by Alfred A. Knopf in 1991
Review here –

2013 was a truly good year for good books! Now it’s time to move on and see what 2014 has in store for us! I am looking forward to some magical moments!

Thanks for reading along with me!
Your friend
Rhythm

12 thoughts on “The Reckoning and Movin’ On”